Traditionally, velvet is used in Asia as a nourishing tonic – especially before winter – to support the immune system.

An extensive research programme to research velvet’s effectiveness and provide scientific verification of traditional uses has been underway in New Zealand and around the world since the mid-seventies. In New Zealand more than 2.3 million dollars per year has been invested in this research. Dr Jim Suttie and his team of scientists at AgResearch Invermay Research Centre are acknowledged as world leaders in velvet research.

Dr Suttie’s research showed clear evidence of extracts of Deer Velvet helping to strengthen immune system defences, especially through the increase in the white blood cells, the body’s first line of defence against disease. When eight NZ antler extracts were evaluated they all had measurable immune effects.

This response – immunopotentiation in scientific terms – is the body’s defence mechanism. Increased numbers of white blood cells are produced to aid in the body’s fight against the “intruder” bugs.

Other studies have shown that Velvet antler promotes antibody production and stimulates the action of phagocytes, the cells that engulf and destroy bacteria thereby helping strengthen immune system.

Rather than being a curative, the use of Deer Velvet promotes the restoration of normal body processes, by providing valuable nutrients to strengthen the body and protect it from illness.

If you would like more detail on any of the above research please conact us.

Help the body fight of disease and stay energised! 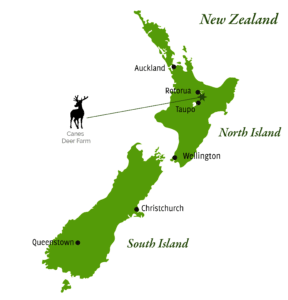